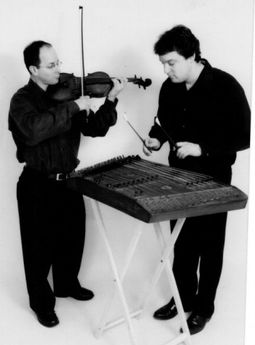 Di Tsvey – The Greenman/Rushefsky Duo features the traditional pairing of the violin and tsimbl (Jewish hammered dulcimer) as rendered by two of the world's leading masters of klezmer music. As Di Tsvey, Steven Greenman (violin) and Pete Rushefsky (tsimbl) perform traditional music as well as new compositions rooted in the klezmer tradition. Audiences are transported to a world of the Jewish shtetls (towns) and cities of 19th and early 20th century Europe as they enjoy virtuosic showpieces for the Jewish wedding table (tish), lively dance music, and soulful nigunim. The playful and delicate interaction of violin and tsimbl mesmerizes the listener, who will additionally find delight in the easy banter and informative commentary of these musical comrades. 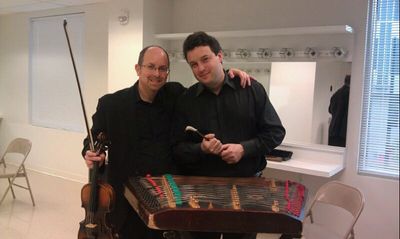